Winners tackled a range of issues ranging from the Azeri ruling family’s shady involvement in a resort to mafia gang warfare – and how the son of a fugitive former president made a fortune in Serbia. The three best investigative stories in Montenegro were awarded by the EU at a ceremony held in Podgorica on Tuesday, June 15, 2021.

In her online speech, the Head of the EU delegation to Montenegro, Oana Cristina Popa, emphasized the importance of media freedom and investigative journalism in Montenegro.

The jury, comprising Leila Bičakčić, as head of the jury, and jury members Milica Pešić and Vladan Mićunović, awarded Matijasevic and Hajdrapasic the first prize for their work in investigating how the daughters and father-in-law of the President of Azerbaijan own a company building a luxury complex in ​​Kumbor.

“Portonovi resort is owned by the daughters of the president of Azerbaijan” highlights the foreign investors’ deals and shines a light on how off-shore companies invested in Montenegro as hidden haven under the protection of the former ruling Democratic Party of Socialists, DPS.

The authors recalled how the 12-million-euro investment in Portonovi Resort led to a parliamentary investigation into non-transparent investments and consultancy services that were unknown before to this investigation.

Second prize went to Djokic for her ten-part documentary series that explores the five-year war between two Montenegrin crime gangs, which resulted in 50 people dying.

“A journey of revenge” exposes the mafia killings that were a result of the long-lasting war between two mafia gangs, the Skaljacki and Kavacki clans. The series brought new information on the over 50 killings during the conflict, and shed a light on other details, followed by original footage of the crimes dating to 2014.

Finally, the third award went to Vladimir Otasevic, Sasa Dragojlo and Marko Vesovic who took a look at how the son of the fugitive former politician, Svetozar Marovic, has built up agricultural land holdings in Serbia worth more than a million euros.

“Million-worth business deals of Svetozar Marovic’s son in Serbia” investigates in detail the businesses of the politician’s family, bringing new information on their hidden businesses and wealth. While a majority of the public was under the impression that Svetozar Marovic was just making ends meet, due to his political problems, the authors uncovered new information and portrayed the family’s business operation in Serbia as they are, resulting in Montenegro requesting Marovic’s extradition.

At the end, a special recognition award was presented to Dejan Milovac for his continuous reporting on the shady dealings of senior public officials in the town of Budva through his investigative piece, “How the president of the municipality of Budva has been breaking the law for years”, in which he tackles the corruption and embezzlement of the first man of Budva.

The EU Award for Investigative Journalism is presented annually in six Western Balkan countries and Turkey for exceptional investigations published in the previous year. 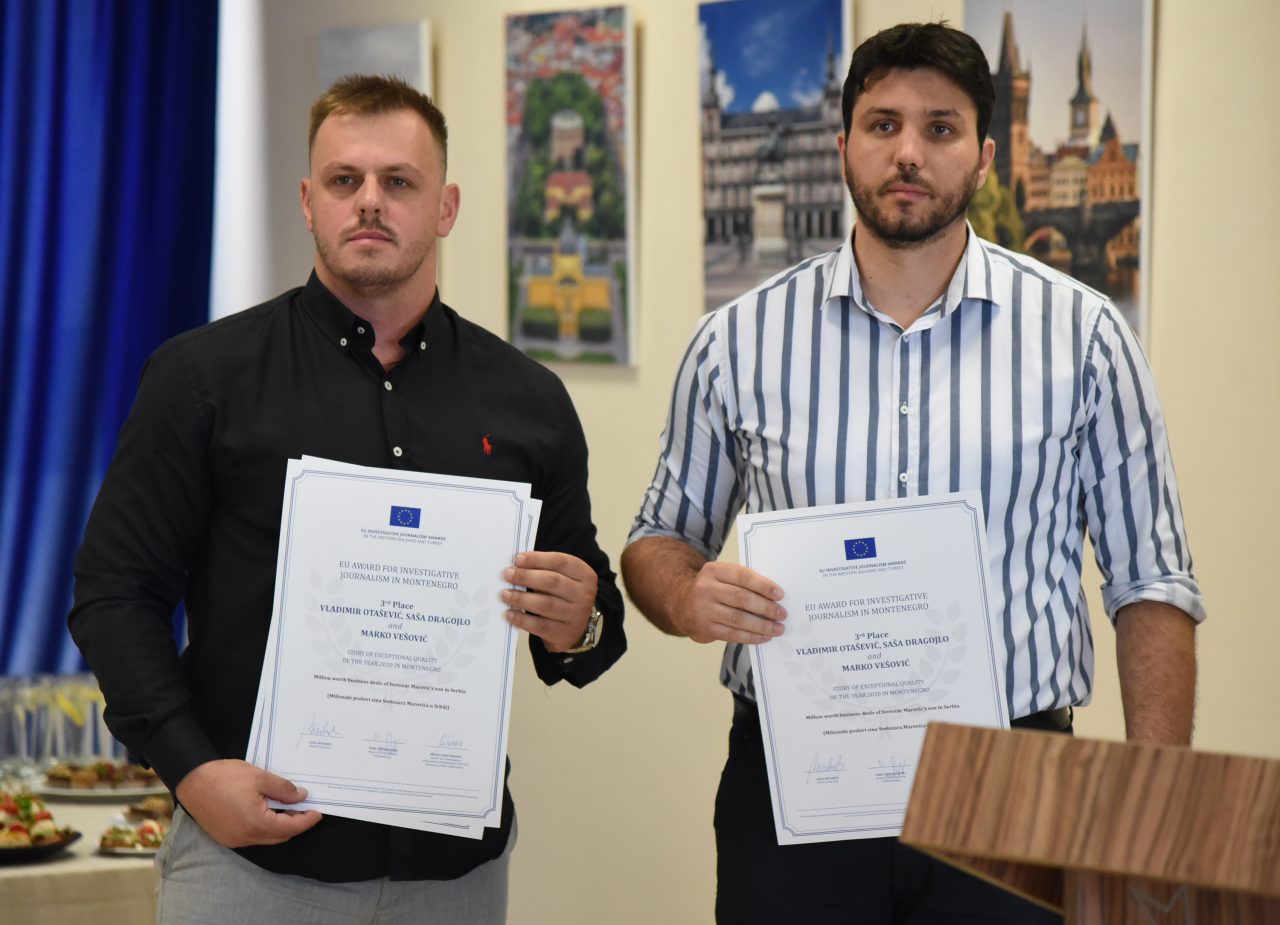 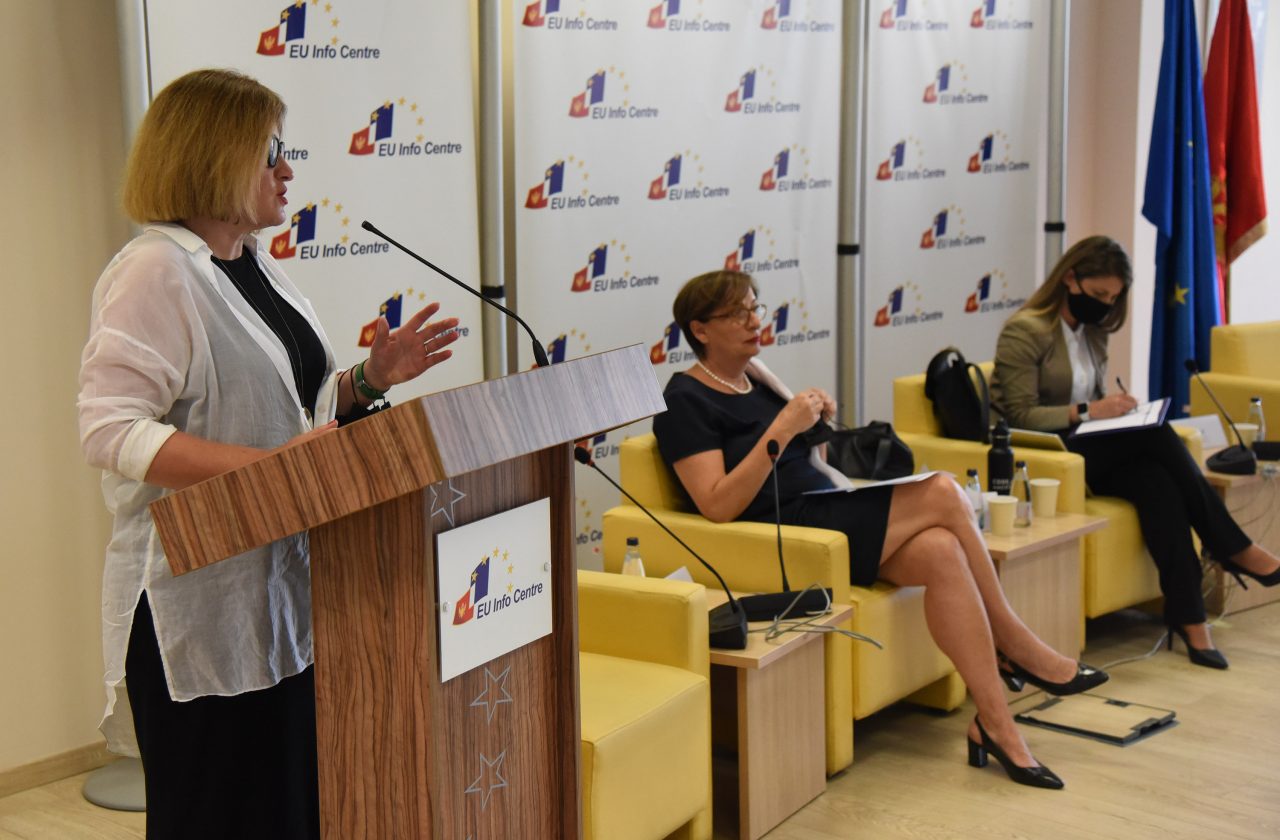 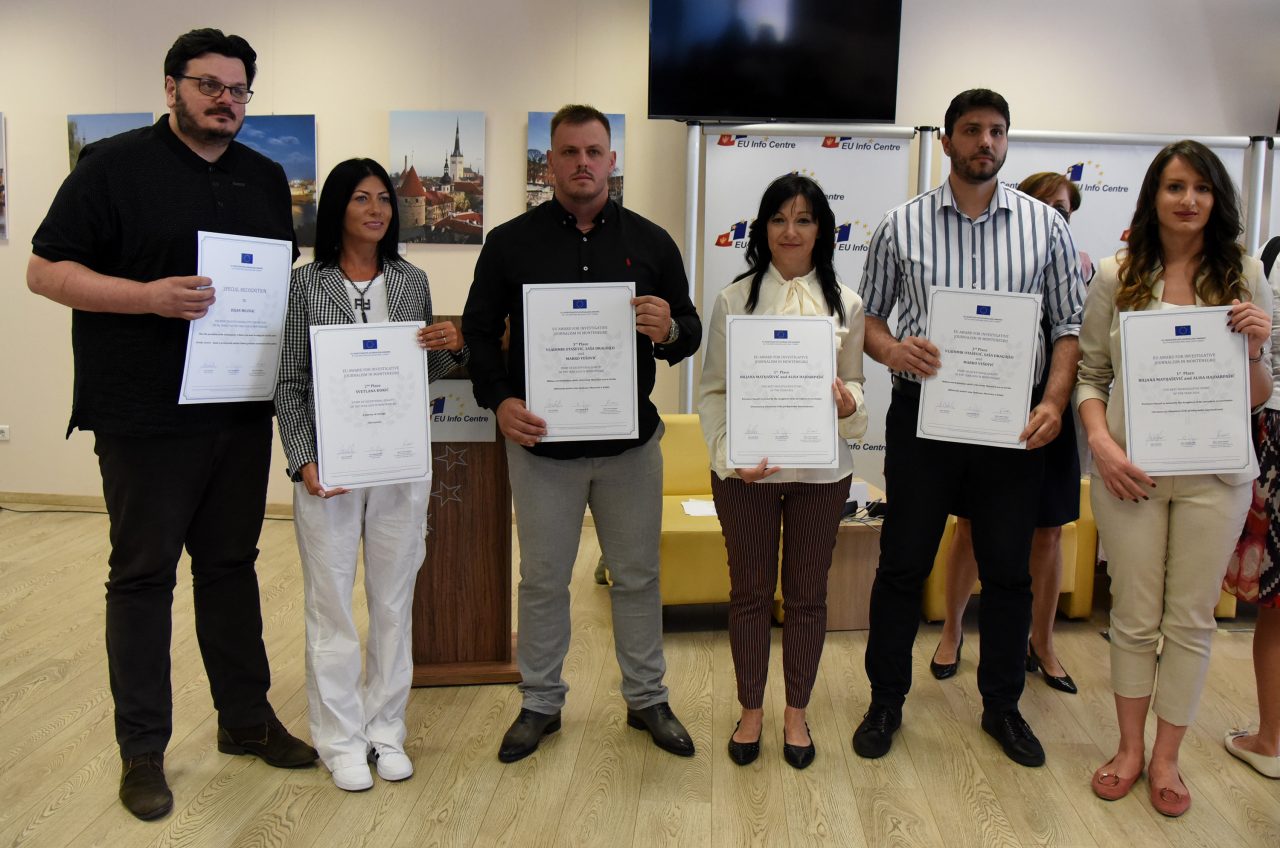 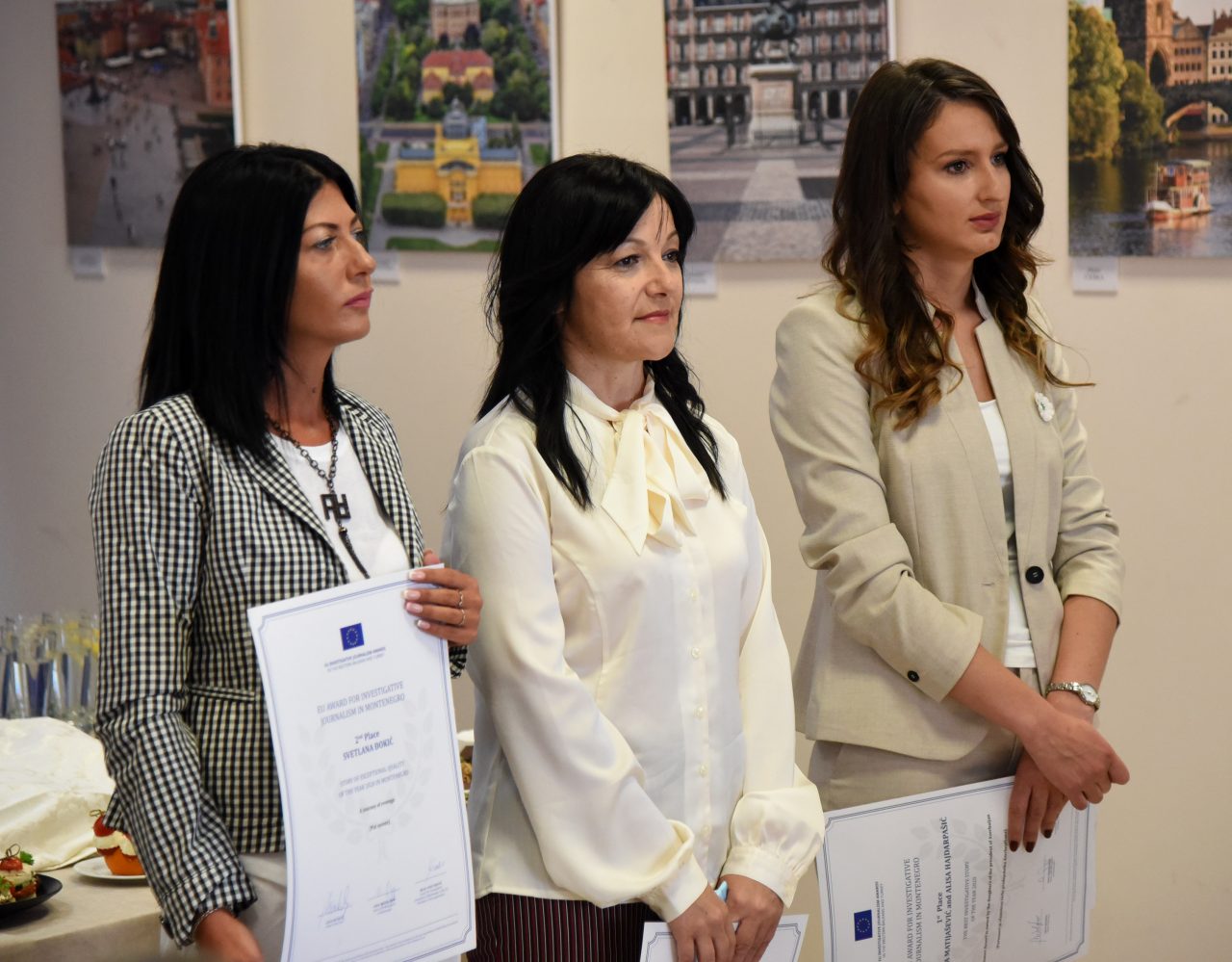