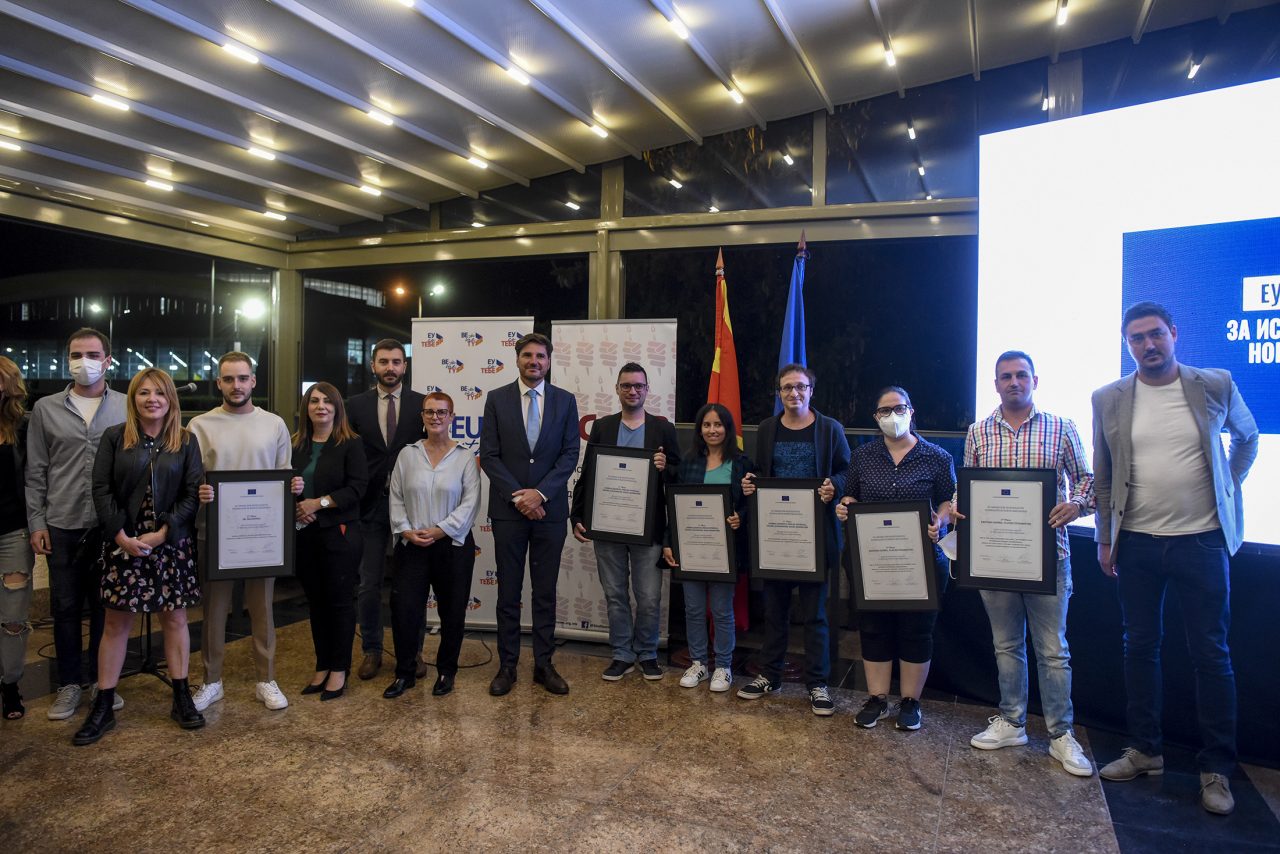 The EU Awards for Investigative Journalism in 2021 for North Macedonia were presented on Wednesday at the Aleksandar Palace Hotel in Skopje.

“Investigative journalism is of great importance because it contributes to the protection of the public interest and demands accountability from those in power,” Julian Vasalo, Deputy Head of the EU Delegation in Skopje, said at the ceremony.

“Journalism as a profession has a responsible task to inform the public in an objective manner and at the same time to express the variety of viewpoints that appear in public and of course to demands accountability,” he added.

“Brave journalists are those who investigate in a brave manner and put questions that other do not dare to ask and in that way make their societies better,” he continued.

“While deciding, we were guided by given criteria that assess the relevance of the stories, their quality, originality and professional journalistic integrity,” Kostova said.

According to Kostova, the stories of the finalists are valuable documents that will stay as a resource for further investigations in their fields, but also pointed out that all the stories are independent journalistic efforts financed mainly by donations and not mainstream media.

“It is disappointing that even after more than a year since we published the story, the institutions did not react to the discovery we literally gave them on a plate. What kind of future do we have in mind if we continue to destroy eco-systems, to destroy the living environment of the Balkan lynx and the natural heritage we have, and, by that, destroy ourselves,” Petreska from Radio MOF said.

She used the opportunity to send another “appeal to the institutions and the public not to allow the Balkan lynx to stay only on the five denar coin, but to preserve it in the mountains”.

Second prize went to the team from Investigative Reporting Lab – Macedonia, for a series of investigations into the medical equipment business in the wake of the pandemic, “Pandemic profiteering – The Other Side of the Covid-19 Story”.

“These investigations are a product of the whole team of IRL. I hope that this story will touch those in competence and that it changes something,” Aleksandra Denkovska from IRL said, after receiving the award.

Her colleague, David Ilievski, said the biggest prize for any investigative story is for it to contribute to significant change, but added: “Unfortunately, not a single one of these investigations brought the institutions to the point of doing something.”

Third prize went to, “Only 44 work, while 1,410 people receive salary”, an investigative series about the work of a government ministry, by Kristina Ozimec and Vlatko Stojanovski.

“This is first award for Pina, a small media house that works on investigative stories. It is also important that the story was produced in cooperation with other organizations like Samo prasaj and the Institute of communication Studies and that with small resources we succeeded in producing independent journalism,” Ozimec said.

Her colleague Stojanovski added that the story was dedicated to the Ministry of Political Systems and the way it functioned.

“The ministry served as a recruiting centre for employing staff for whom professionalism was not important, only their ethnic background, and which cost the state 100 million euros. I hope that we have contributed to resolving one problem,” Stojanovski said.

The award for investigative journalism is awarded through the EU-funded project “Strengthening Quality News and Independent Journalism in the Western Balkans and Turkey” in 2019, 2020, 2021 in the EU candidate and potential candidate countries: Albania, Bosnia and Herzegovina, Kosovo, Montenegro, North Macedonia, Serbia and Turkey, for investigative stories published between 2018 and 2020. 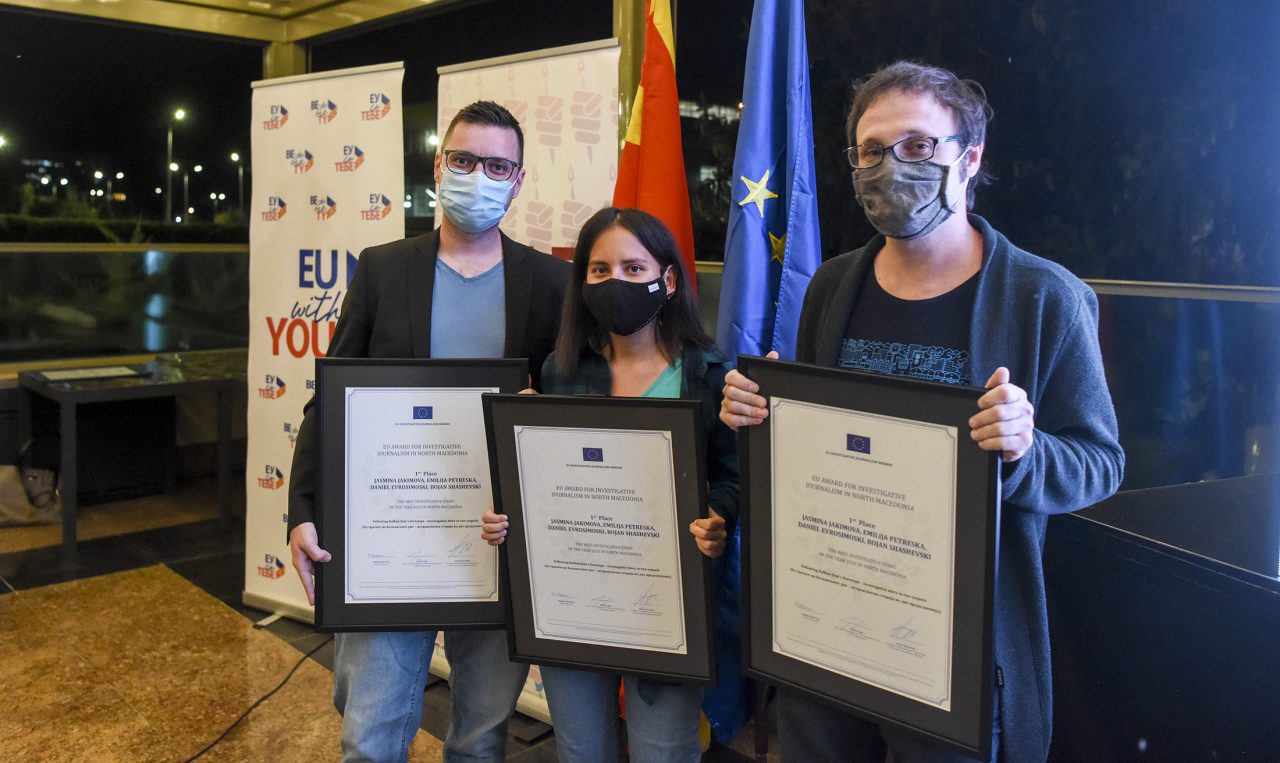 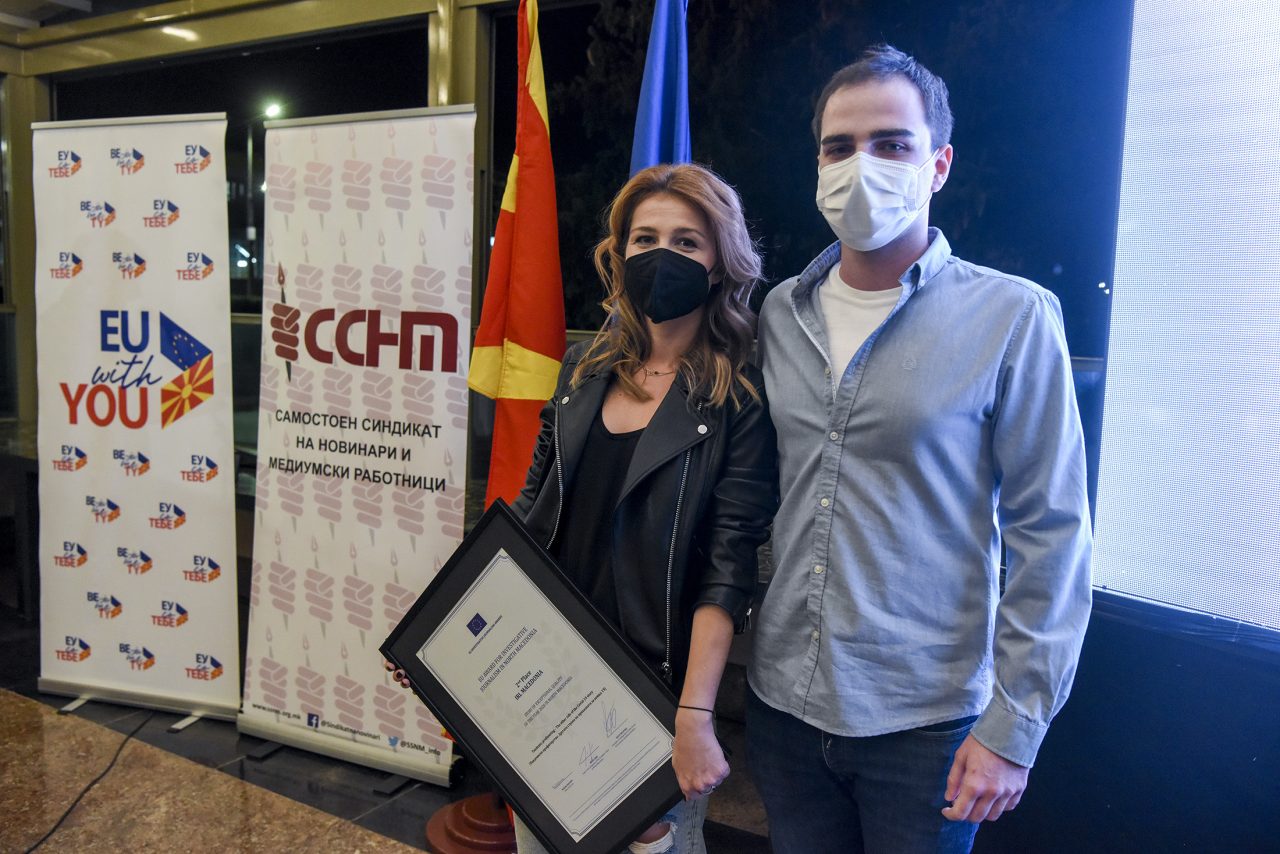 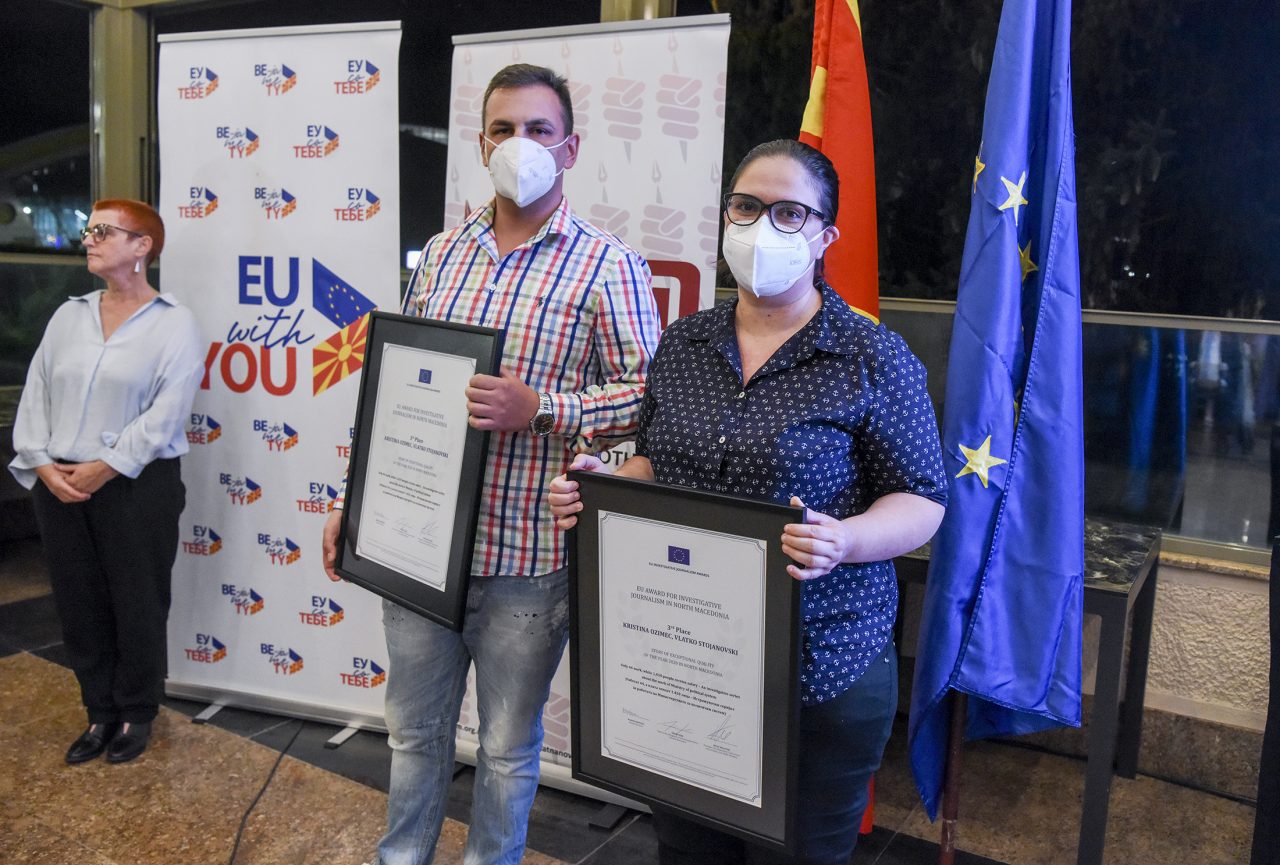