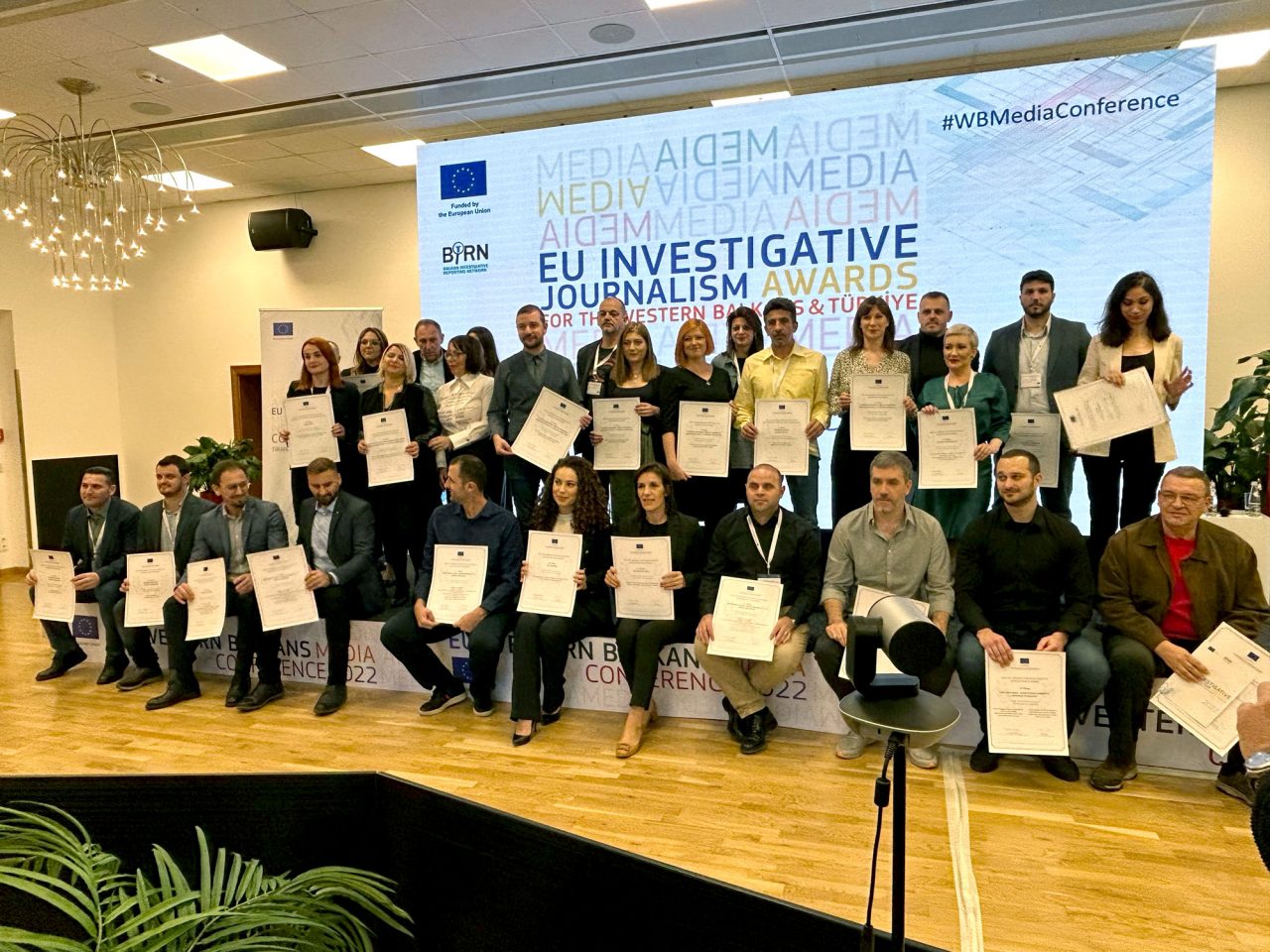 The call was opened during mid-April to mid-March 2022 for awards for investigative stories published during 2021 related to freedom of expression, rule of law, transparency, abuse of power and fundamental rights, corruption and organised crime.

Individuals or groups of journalists were invited to apply with their stories, eligible in any journalism forms (print, online, radio and TV), published or broadcast in the media in each country in official, minority or international languages.

The award fund in each of the six Western Balkans countries and Turkey amounted to €5,000 for the first prize, €3,000 for the second and €2,000 for the third prize.

On Thursday, 10 November, during the EU Western Balkans Media Conference in Tirana, award winners were announced. The jury comprised media experts, some of them from the project consortia and others from the extensive network that the project consortium members have, such as editors, members of academia and journalists with merits.

The following individuals and groups of journalists were awarded:

The awards are a continuation of the ongoing regional EU Investigative Journalism Awards in the Western Balkans and Turkey and part of the ongoing project, “Strengthening Quality News and Independent Journalism in the Western Balkans and Turkey“, funded by the European Union and administered by BIRN Hub and its partners: Independent Trade Union of Journalists and Media Workers in the North Macedonia, Center for Investigative Journalism in Montenegro, MASE, BIRN Albania, BIRN Serbia and the Association of Journalists from Ankara, Turkey.

Since its launch, including this year, a total of 147 prizes were awarded to outstanding journalistic efforts in six Western Balkan countries and Turkey, promoting media freedom and importance of investigative work and exposing wrongdoings in countries where independent media is more important than ever.